In this section, you can set the limits for calls to external numbers

National numbers - allow or deny access to national calls;
National calls will be made according to the country code, which is indicated in the "Country" field in the system settings in the "General" section.

Custom - set the availability of calls to certain prefixes or destinations (it can be specified in the format of rules for comparing numbers).

For example, it is necessary to prohibit all international calls, except calls to Moldavian numbers. Enter in this field "+373.". The symbol “.” means any number of any digits, according to the numbers comparison rules. Now all calls, started with +373 and followed by any number of digits will be allowed for the custom group.

To add another direction, click "+" and similarly enter another rule in the appeared field. Calls to UK numbers, for example.

To set the availability of calls, you need to specify your host country in the "General" section. In another case, call availability settings will not be recognized by the system. 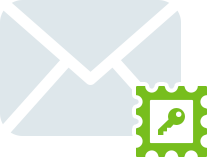